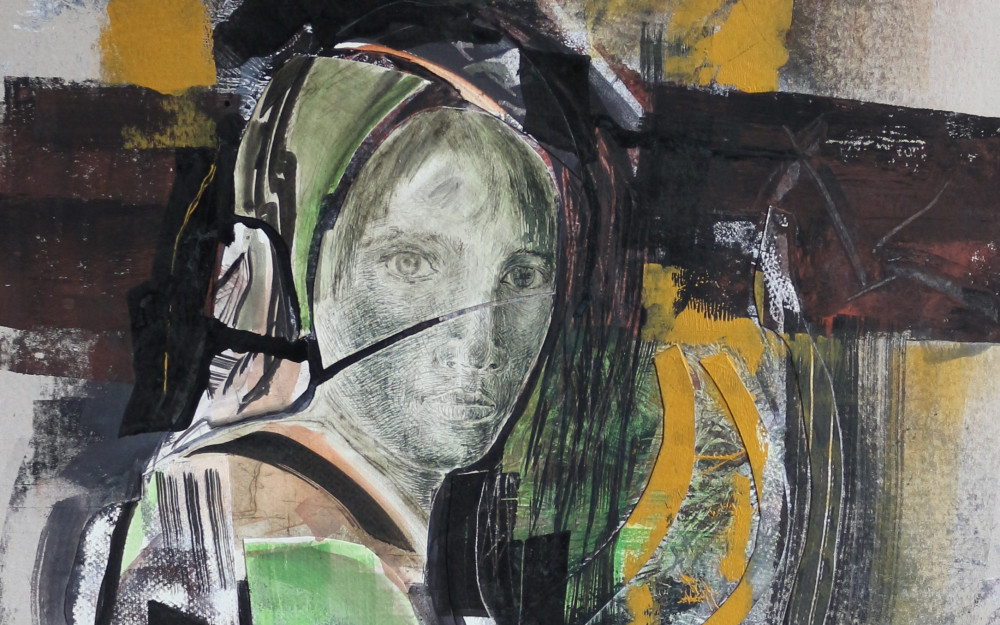 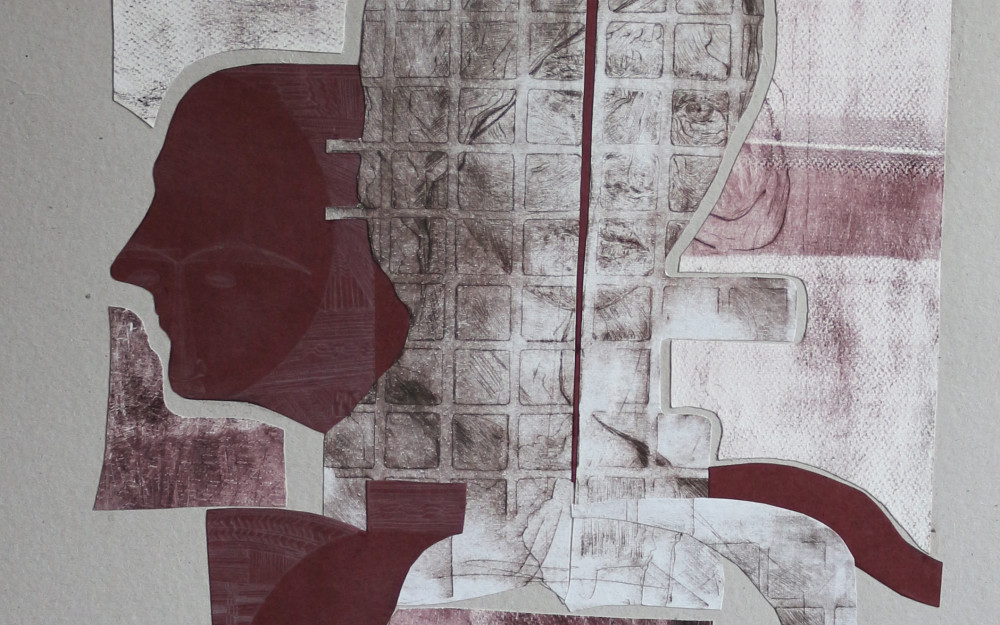 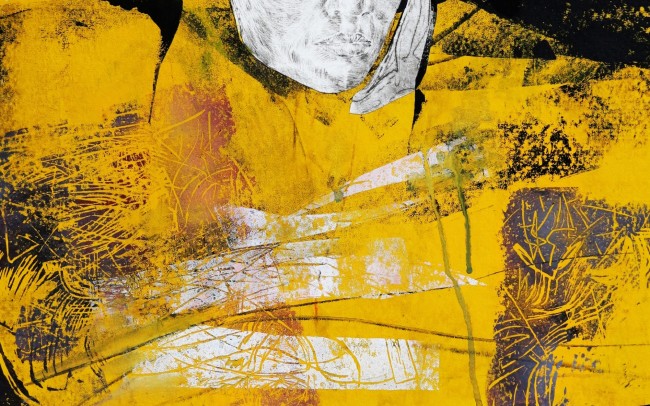 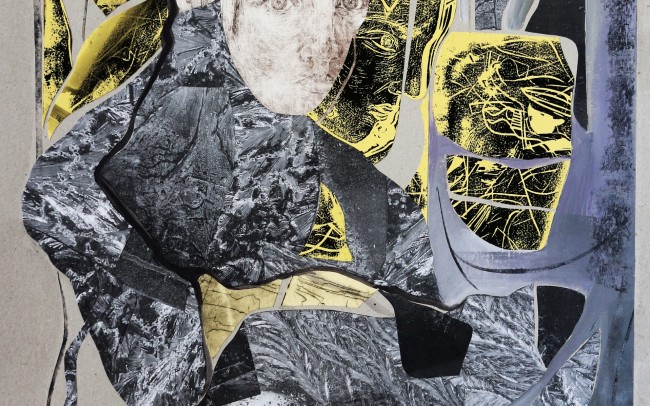 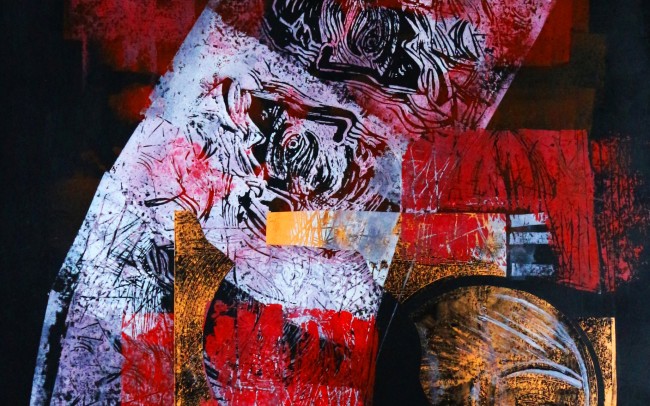 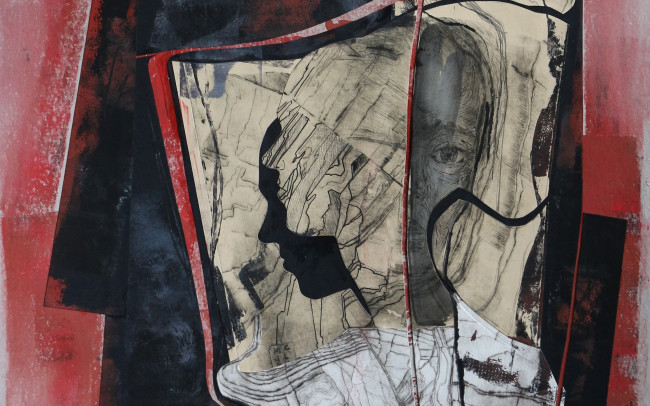 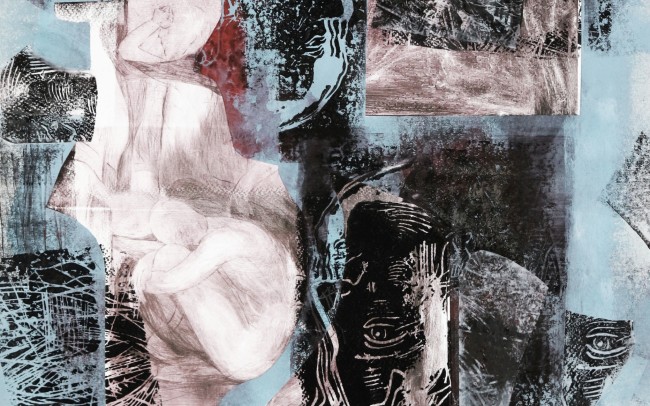 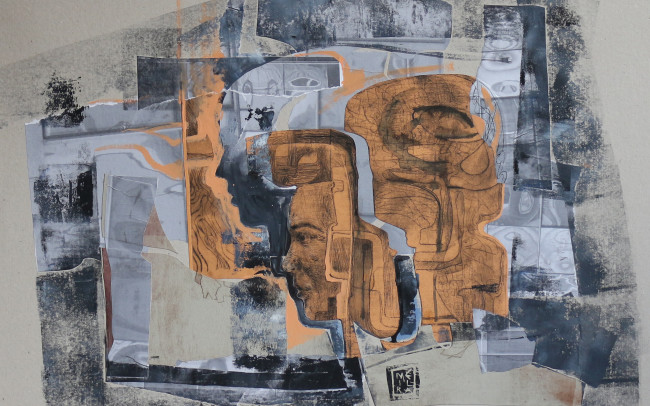 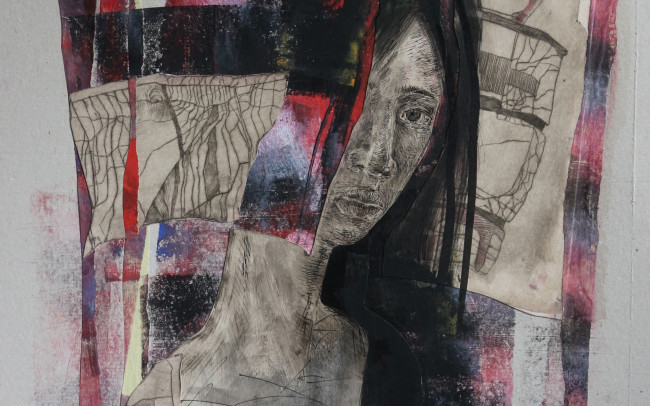 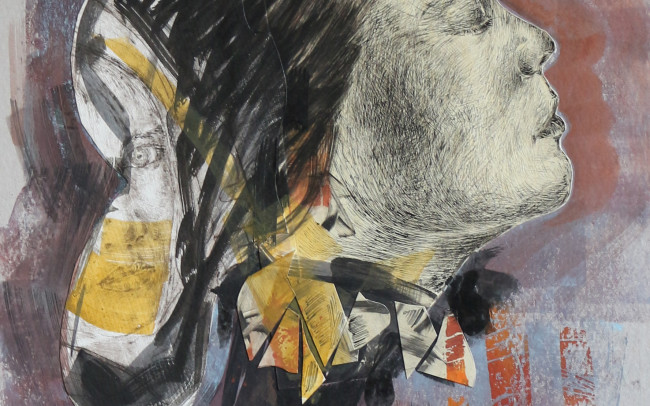 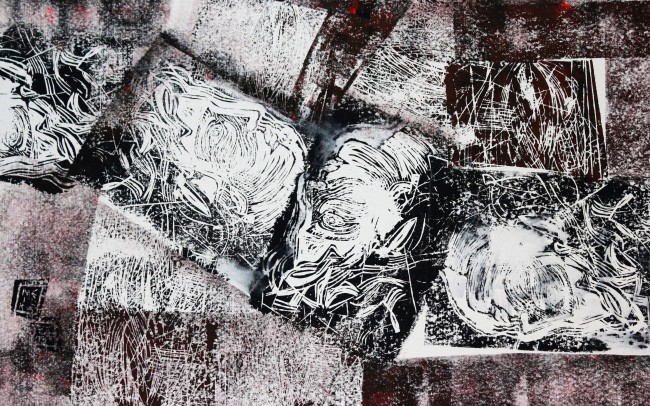 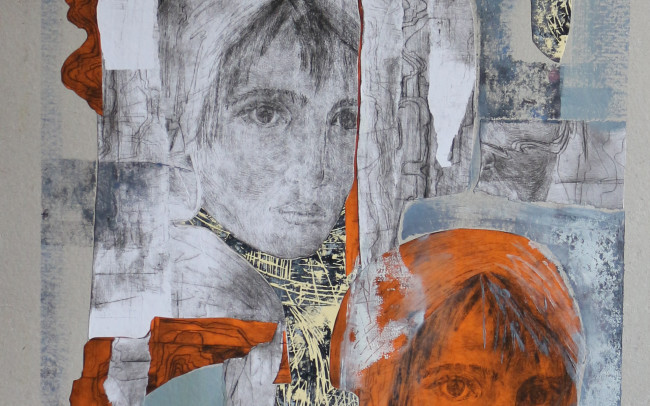 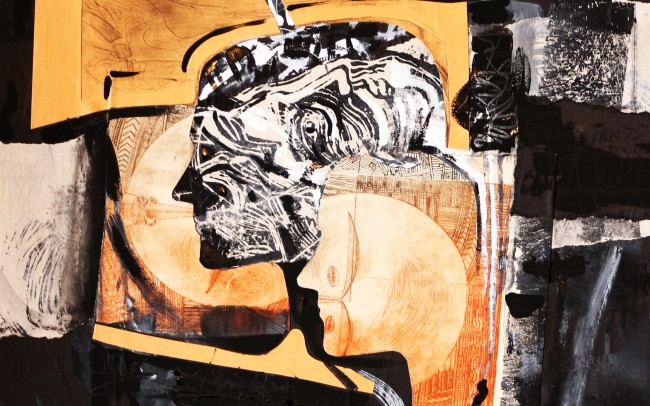 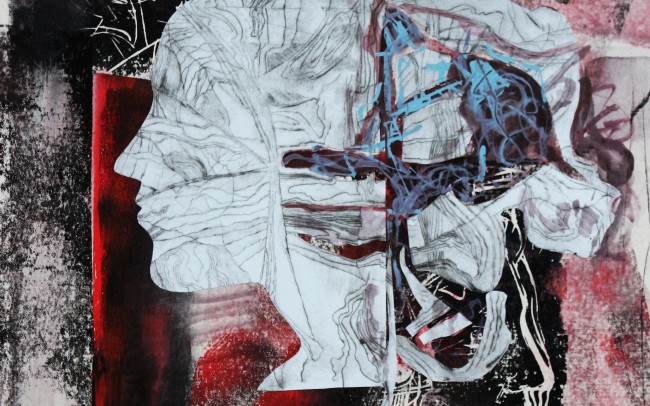 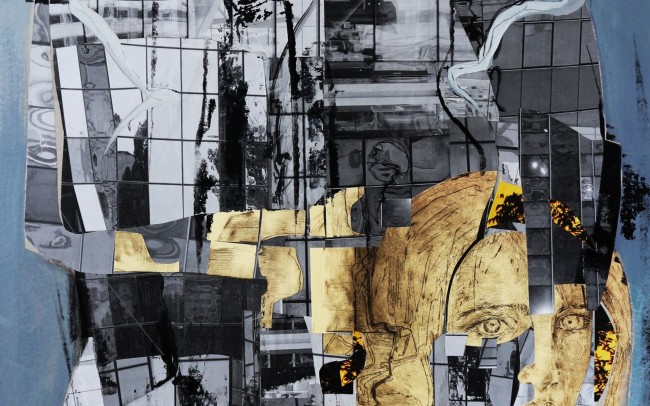 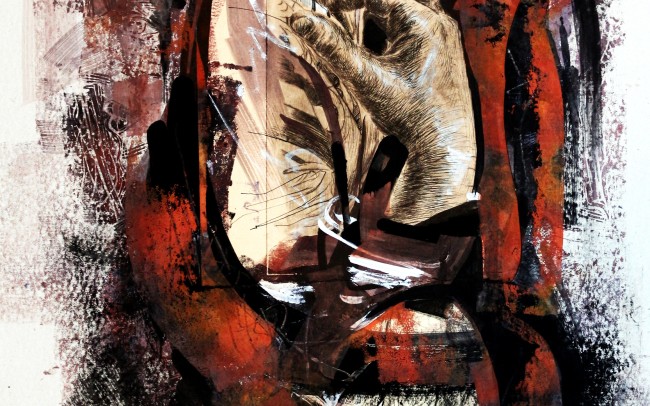 he third (and last) 2012 project, meant the exploration of another virgin territory: engravings collage on cardboard with ink interventions. In late 2011 and early 2012 I had the opportunity to make my first engravings (metal, drypoint, lino), being invited by an artist friend to use his press. And taking my first lessons in engraving, since I had not done anything of sorts before that moment. I have used photographic images as a base for the engravings, as I did in Imaginary Architectures ( 2012 ) and then I took the prints and assembled the collages. Finally I have made the interventions in ink to complete the works.

Three works, Sleeping Sun, Fragments of a Day and A Moment of Quietness in Purple Colour have been selected to participate in the 2013 Triennale Européene de l’Estampe Contemporaine.

Since most of the photos I have used here were self portraits I titled the project “Self”.